Lands End to John O Groats: The Fight Against Cancer 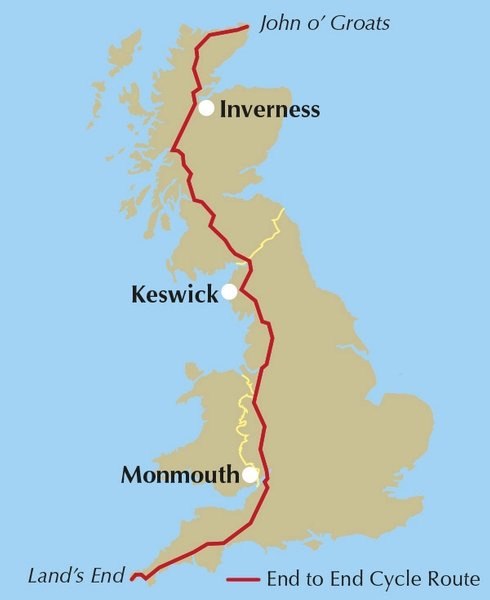 In just two days time our Director, Sam Walsh and his team will be taking on the challenge to cycle from Lands End to John O Groats. They are planning to complete this in just 7 Days! The Story: Told by Sam

Hi all, I will try and keep this as brief as possible!

Many of you will know my Grandad – Tom Kelly but for those that don’t, he has been battling a rare form of nasal cancer for the last 5 years. Whilst undergoing all the radiotherapy and chemotherapy he also had to go under the knife twice to cut out what was too far gone. Both these operations were well over 8 hours long and critical at points. For example his body was after giving up at one point when he caught an infection known to many as Sepsis.

Tom was incredibly brave and driven and managed to fight this off, a very lucky man as it’s a killer for many. The recovery from each operation was very difficult and testing of his character. Unfortunately the second operation was needed because his right eye was compromised, this ended up with him loosing the eye. Whilst this was a huge shock to the system for Tom he has stood tall and taken it in his stride. I’d be lying if I said it wasn’t hard, he’s had a hell off a journey but he’s out the other side now and his results keep coming in positive!

We are all so incredibly proud of Tom and his journey, but the biggest thanks has to go to The Christie based in Manchester. They have been outstanding throughout and we couldn’t thank them enough knowing Tom is happy and well again! The work they do there and the speed they move at is second to none in our experience.

We feel us 6 guys putting our bodies to the test and cycling the length of Britain (our route is coming in at approx 860 miles) in just 7 days to try and raise money for this fantastic foundation is the least we can do! It is advised over different forums that this challenge should be taken on over 10-14 days, but we feel we need to put ourselves through what will seem like hell to raise more than enough money to help another person like Tom.

While my Dad – Ged Walsh and Brother – Danny Walsh also taking part in this challenge share the same views as me and are keen to raise money. We have 3 friends joining the Walsh Family in this 7 Day’s of pain. Joe Johnston, Grant Cunliffe & Eddie Hunt who I am greatly thankful too! I know they have both had their own experiences with family members/friends/loved ones running into Cancer and Sickness and they are very keen to help raise money in the fight against Cancer!

Donations to The Christie

All donations are being made to The Christie, a charity very close to their hearts. Their target is £3.5k and any donations made would be greatly appreciated.

If you wish to make a donation, please follow the link below.

From all of us here at TG we would like to wish Sam and his team the very best of luck!

To discuss your business requirements or for more information on our products or services, don’t hesitate to contact us. We’ll be in touch as soon as possible.